John Leigh Frew Wightman commenced volunteering with what was then 5RPH radio in February 1990, this February John would have clocked up 30 years volunteering.

As panellist for the Australian and Country Women's Association (C.W.A) programs, John often said he had 15 minutes of training before being thrown into the deep end of panelling on-air. However, John took it all in his stride. The CWA loved John and the affection was returned, and his affection may have been "sweetened”. The deliciousness of CWA cooking is legendary after all.

At John's funeral, we heard of his health challenges from a very early age. John passed away aged a young 59. However, when he was born, his parents were not given an optimistic prognosis. John was a determined fighter. I'm sure he would say, much like his loved Port Adelaide Football Club.

John played in-door bowls in the last few years and was a popular member of his team.

John worked for Disabled People's International (DPI) and was a powerful, effective and long-time advocate for people with disabilities. He volunteered at the Adelaide Women's and Children's Hospital for over 35 years, a role he truly loved and his time was recognised and noted at many functions.

John played blind cricket for South Australia, and it was during a match that I casually mentioned to him that I was looking for a panel operator for my radio program Leisure Link. Well, that casual chat resulted in 25 years of friendship and I cannot express in words how much gratitude I have for his contribution to the program.

Leisure Link goes live to air and sometimes things don’t really go according to plan. John was fabulous in adjusting to the dynamism of live radio. During short break announcements he would bark out everything that was happening – or not happening as the case may be - or skilfully turn off my microphone whilst our guest was speaking, and still somehow keep panel operating so the show would go to air without listeners having any idea of the excitement taking place in the studio. It was all part of the fun of radio!

John married the beautiful Karen in October 2000. We thank Karen for sharing John with us, and we feel your loss and our thoughts are with you and John's family.

Although our listeners very rarely heard your voice on-air, your skills, abilities and character meant they could enjoy and benefit what came through their radios.

Rest in Peace John. Thank you on behalf of all who had the pleasure, privilege and good fortune to have known you. 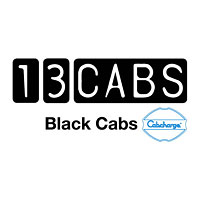